Modlareüth (Frankenwald) a popular Trabant Car of the time of DDR (German Democratic Republic) in open-air museum about the border between East and West Germany. This village at Cold War time was called the Little Berlin because in 1945, Thuringia became part of the Soviet occupation zone, while Bavaria went to the American occupation zone. Divided by the Tannbach River (only one foot wide) which flows through Mödlareuth, the small village became divided by the border between two states. A pass was required to cross between the two parts of town. After the Berlin Wall was built in 1961, walls were built in other towns on the border as well. The wall of Mödlareuth was built in 1966. From that point on, the East German part of the village was strictly monitored day and night, while on the West German side the wall became a kind of tourist attraction. .In 1983, the then U.S. Vice President George H. W. Bush visited and exclaimed, "Ich bin ein Mödlareuther!", an allusion to John F. Kennedy's "Ich bin ein Berliner" statement.[1]..On 17 June 1990, seven months after the Berlin Wall fell and four months before German reunification, the Mödlareuth Wall was knocked down using a bulldozer. A small portion has been retained as a memorial...[edit] 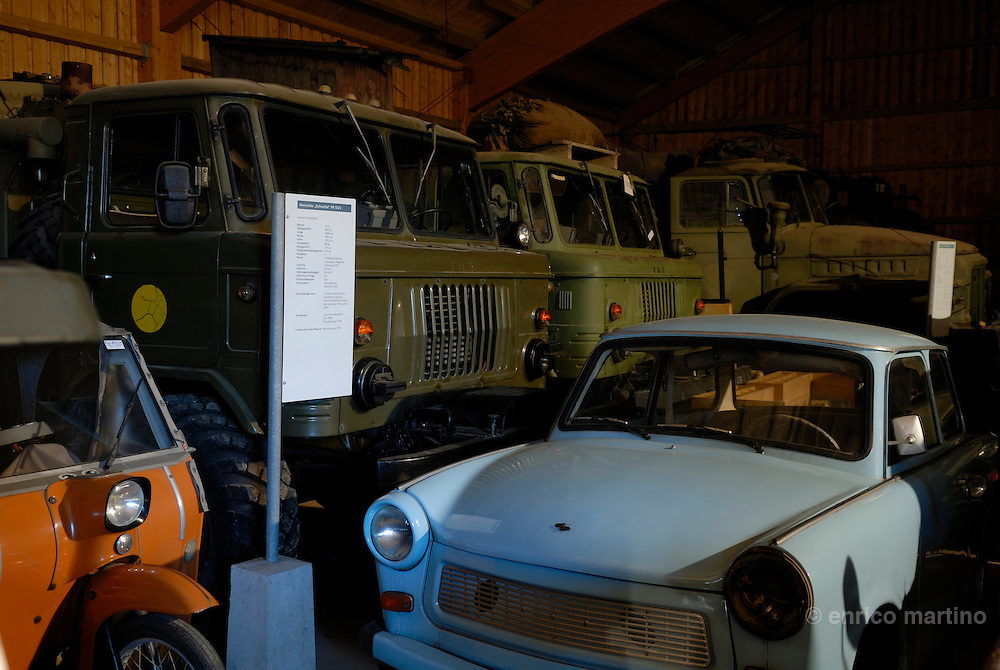