Tanis 70 km northeast of Zagazig, was a important Egyptian city capital at time of powerful Pharaohs like Pepi I. around 2330 BC. The city was believed until some years ago to be the Biblical city where the Hebrews were persecuted and has been also one location for the movie Indiana Jones and the Raiders of the Lost Ark. Until today only a small part has been excavated but so far the excavations has revealed the foundations of many temples and a royal necropolis. Here a statue of the great Pharaoh Ramesses II with a image of his beloved wife Nefertari. 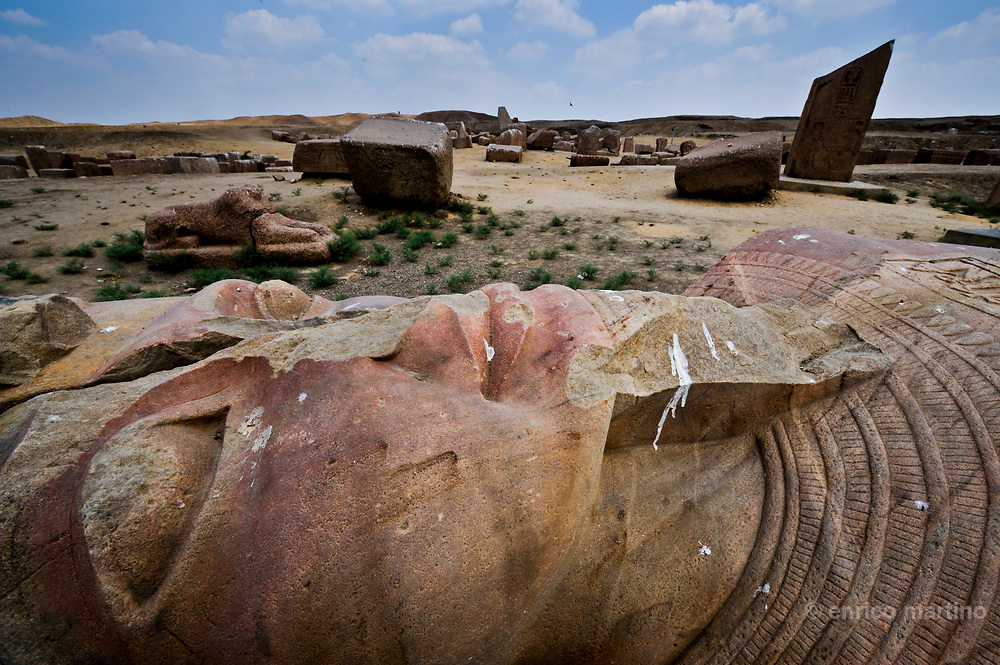