Piazza Statuto. This square, opened in 1864, is lined on three sides by tall Baroque style structures. At the center of the piazza there is a small garden. There is a monument dedicated to the builders of the Frejus Tunnel, connecting Italy and France, the first of the tunnels through the Alps. It was built in 1879. During Roman times the square was the place where criminals and innocents were executed. The Piazza Statuto lay outside the original walls of the city and their bodies were just dumped outside the walls.
For centuries Piazza Statuto has been known as a center for both black and white magic,associated with the gates of hell and black magic rituals. 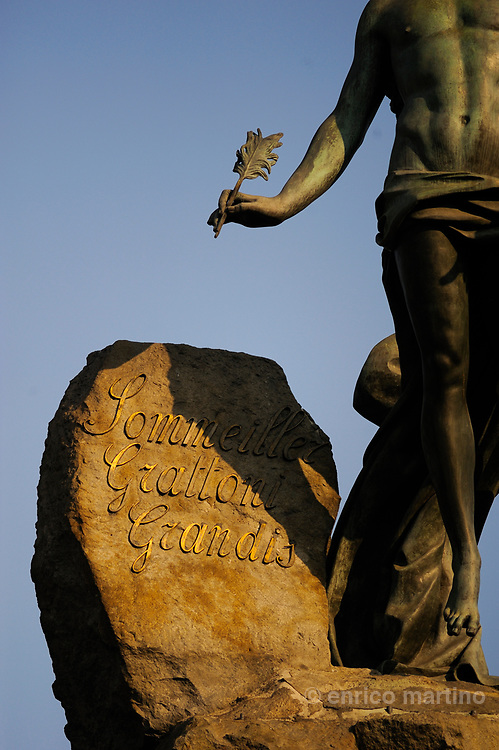