Painting depicting the life of Ahmadou Bamba, a Muslim Sufi religious leader in Senegal, founder of the large Mouride Brotherhood. The French sentenced him to exile in Gabon and later in Mauritania. However, these exiles fired stories and folk tales of Bamba's miraculous survival of torture, deprivation, and attempted executions. On the ship to Gabon, forbidden from praying, Bamba is said to have broken his leg-irons, leapt overboard into the ocean and prayed on a prayer rug that appeared on the surface of the water. 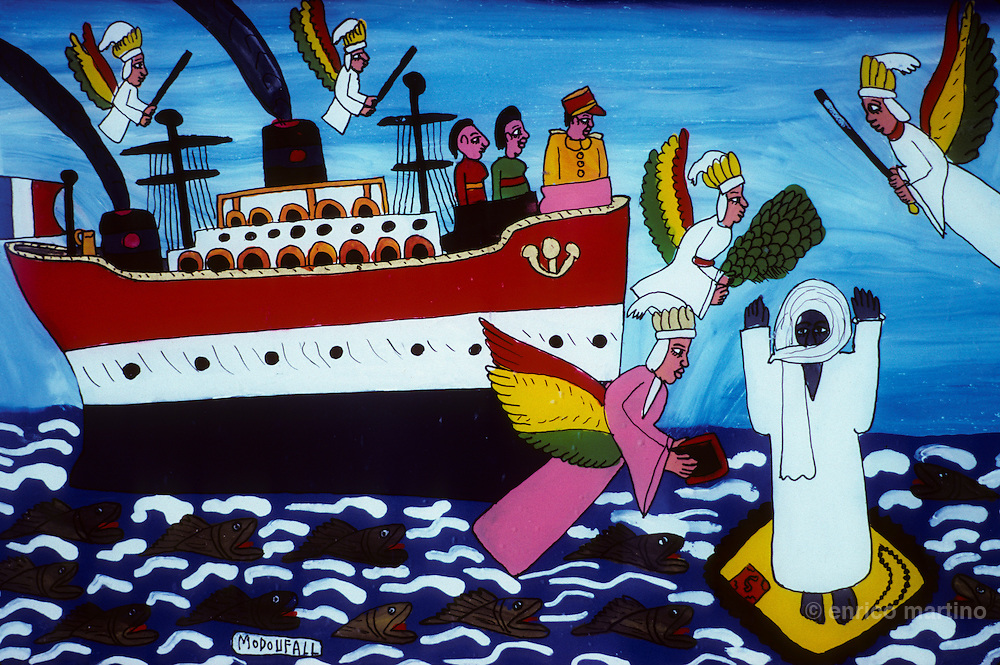