Wadi Natrun, on the desert between Caito and Alexandria. Coptyc monastery of Deir as-Suriani (monastery of the Syrians) dates from the 7th century and it is the smallest of Wadi al-Natrun but the most artistically actractive. The monastery has a narrow and elongated plan which supposedly recalls the shape of Noah's Ark. A monk near the choir door with with six rows of ivory inlaid panels. On the two icons, at left the Virgin Mary, at right Jesus Crist. On the back the magnificent wooden gate called "Gate of the Prophecies". 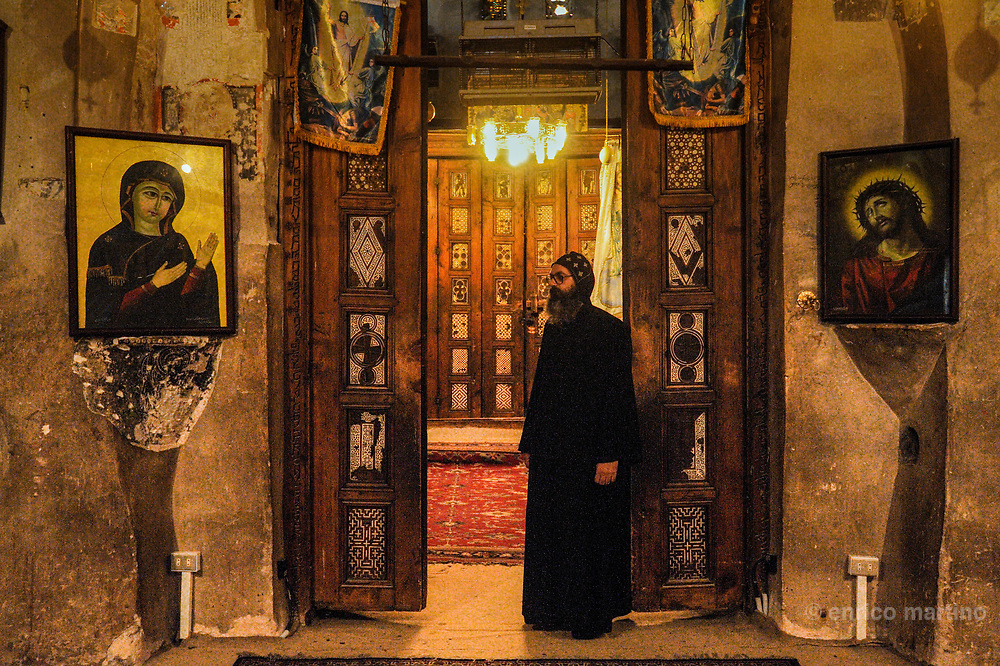