Torcello island, the eleventh and 12th century Church of Santa Fosca, which is surrounded by a porticus in form of a Greek cross. In the back the beautiful Cathedral of Santa Fosca founded in 639, with much eleventh and 12th century Byzantine work. Torcello was one of the first lagoon islands to be populated by Veneti who fled the mainland to take shelter from the barbarian invasions. Torcello rapidly grew as a political and trading centre and in the 10th century had a population of at least 10,000 people and was much more powerful than Venice. 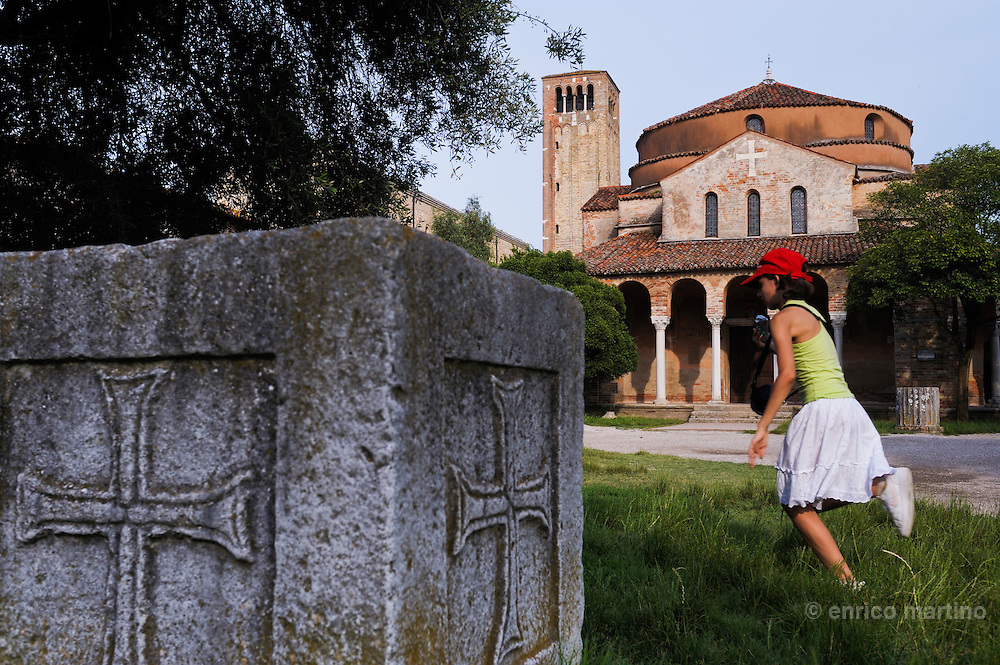