Calasetta, the city hall. Calasetta is a small town on the island founded in 1770. In the middle of the 16th century some Ligurian families from Pegli near Genoa moved to a deserted island off the coast of the Tunisian city of Tabarka in order to work the waters as coral fishermen. Increasing incursions by Barbery pirates, and expansionist competition by France began a long period of trials for the Tabarchini.
In 1738 a group of Tabarchini decided to leave the island and were received by King Charles Emmanuel III of Savoy in the Kingdom of Sardinia, who gave them the Island of San Pietro to settle. When the Bey of Tunis learned that the Lomellini family intended to sell the island to his enemies the French, he invaded the island the population. Part of the liberated Tabarchini originated the village of Calasetta 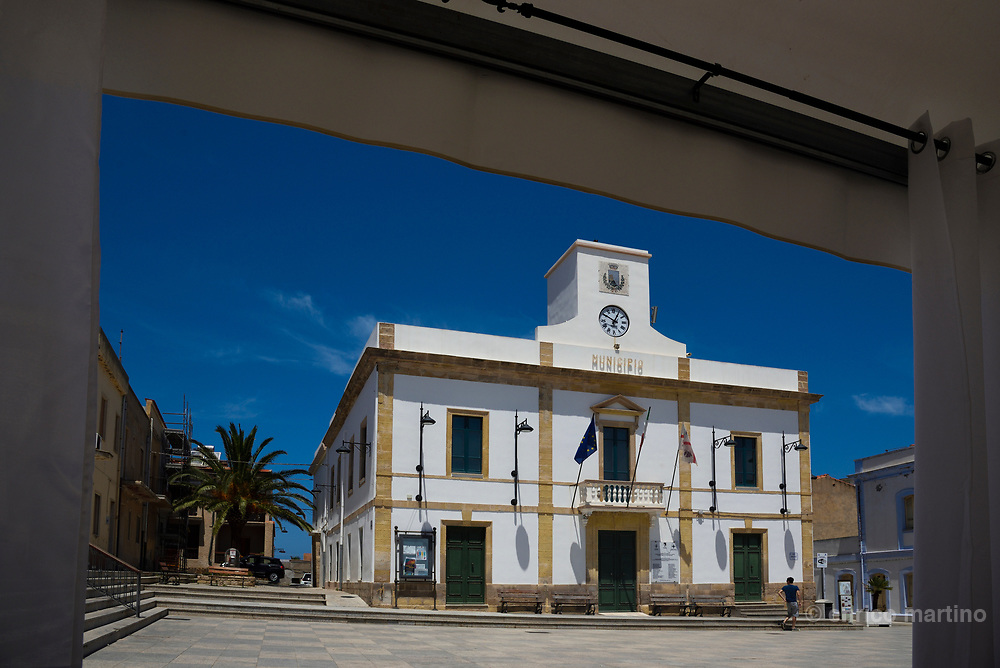