Honningsvag, on winter the sledges are the most popular means of transports, also to go shopping. Honningsvåg, at 70° 58' North in Nordkapp municipality claims to be the northernmost city in Norway and even in the world, although the title is disputed by Hammerfest, Norway; Barrow, Alaska and Longyearbyen, Svalbard. Legislation effective from 1997 states that a Norwegian city must have 5,000 inhabitants, but Honningsvåg with its population of 2367 was declared a city in 1996, thus exempt from this legislation. It is situated at a bay on the southern side of Magerøya island, while the famous North Cape and its visitors center is on the northern side. 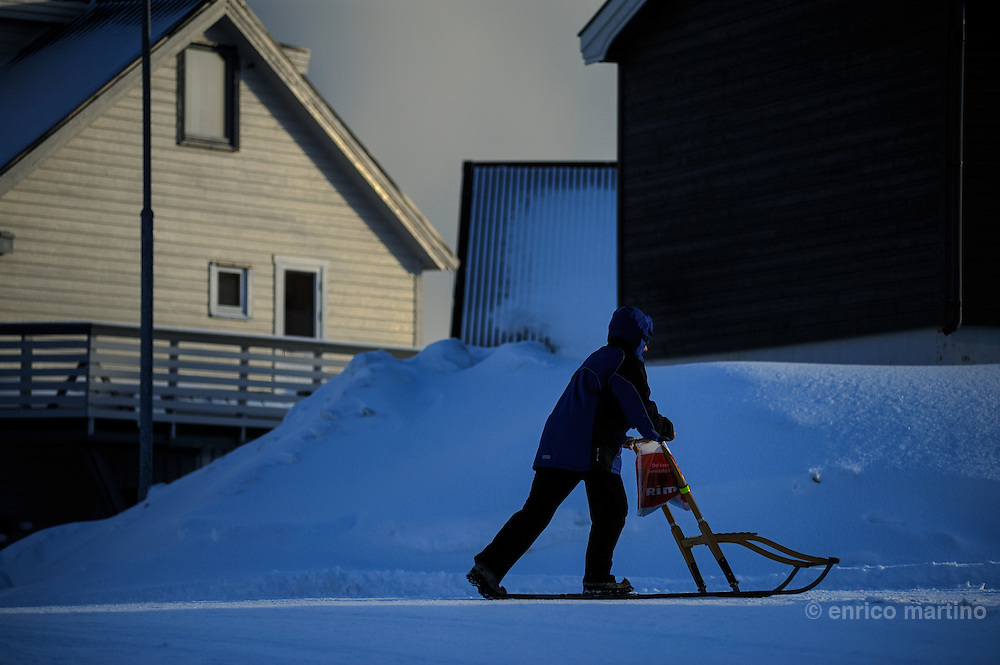