Chateau de Brissac. The meeting of the "Confrèrie des Rillauds d’Anjou et des vins de Brissac", the winemakers of the area, traditionally leadered by the duke of Brissac, owner of the castle. The Brissac castle is located in the département of Maine-et-Loire. The château was originally built as a castle by the Counts of Anjou in the 11th century. Its façade reflects the influences of that century’s Baroque architecture. Today, the Château de Brissac is still owned by the Cossé-Brissac family. The Château has seven storeys altogether, making it the tallest château in the Loire Valley. 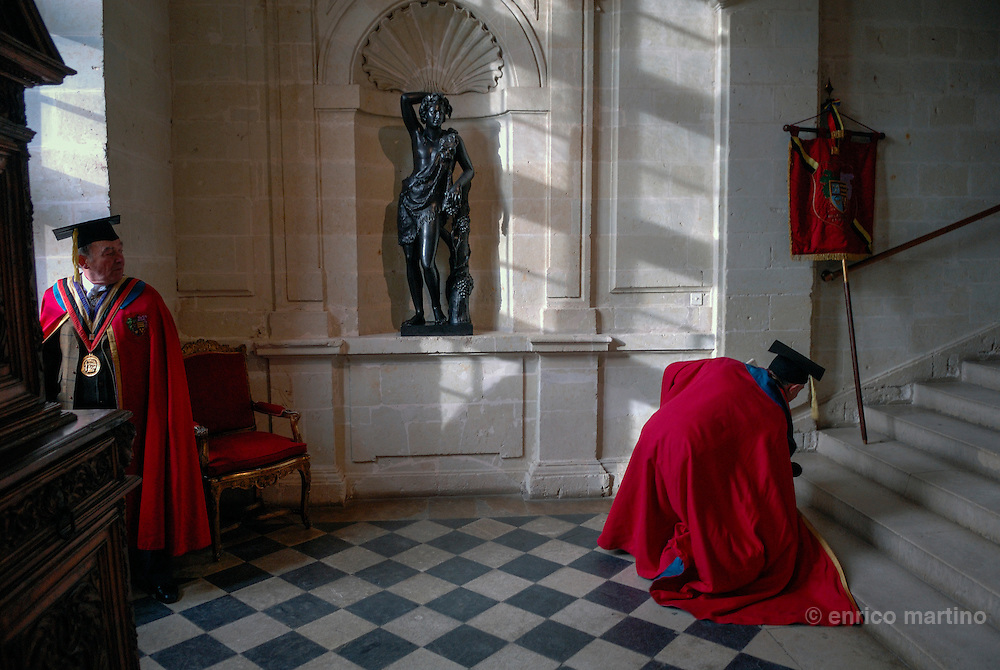