Trabant assembly line in Zwickau, Sachsen. Trabant (popular name Trabi) was the most common automobile produced by former East German auto maker VEB Sachsenring Automobilwerke. It was also exported to countries inside and outside the communist bloc. Despite its mediocre performance and smoky two-stroke engine, the car has come to be regarded with derisive affection as a symbol of the failed aspects of former East Germany. It was in production without any significant change for nearly 30 years with over 3,000,000 cars made. 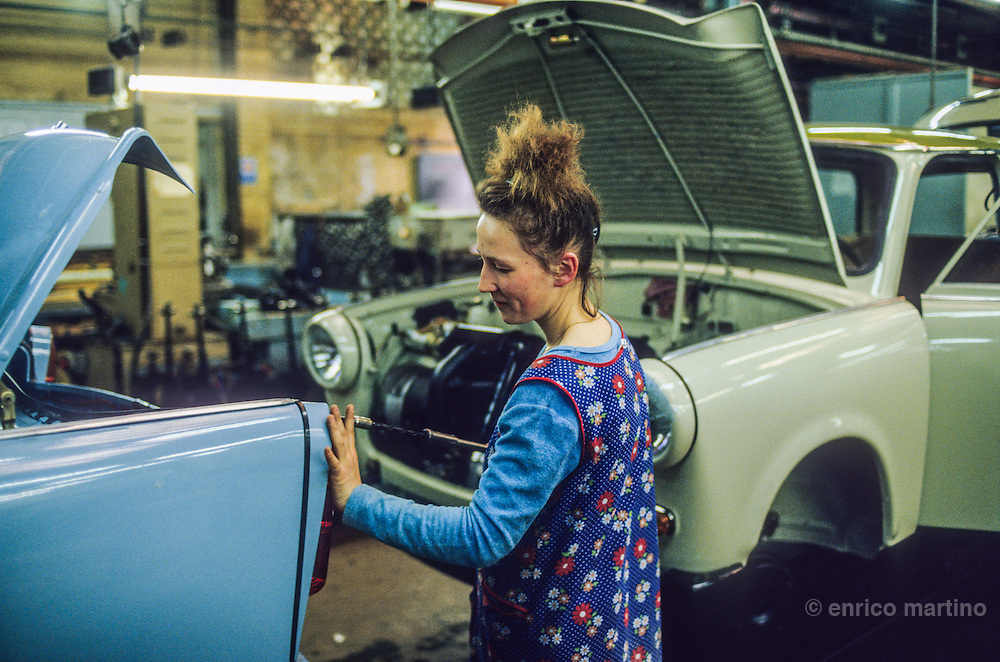