Holy Week. The cucuruchos, thousands of penitents in deep purple robes accompanies daily religious processions. The most spectacular Holy Week throughout Latin America, a sort of time machine to find an ancient Spain, where roman soldiers with the faces of Maya peasants interpret for days a choral rite alive in the collective memory as a matter of chronicle. In theatrical scenery of Antigua, between colonial palaces and Baroque churches uncovered by frequent earthquakes and eruptions of nearby volcanoes, processions come one after the other in an increasingly spasmodic crescendo until Holy Friday. From dawn to sunset for thousands of penitents, curucuchos rigorously dressed in purple, is a privilege, often passed down from father to son, to load on the shoulders heavy groups of statues with Jesus Christ, God, the Holy Spirit and the Virgin Mary. 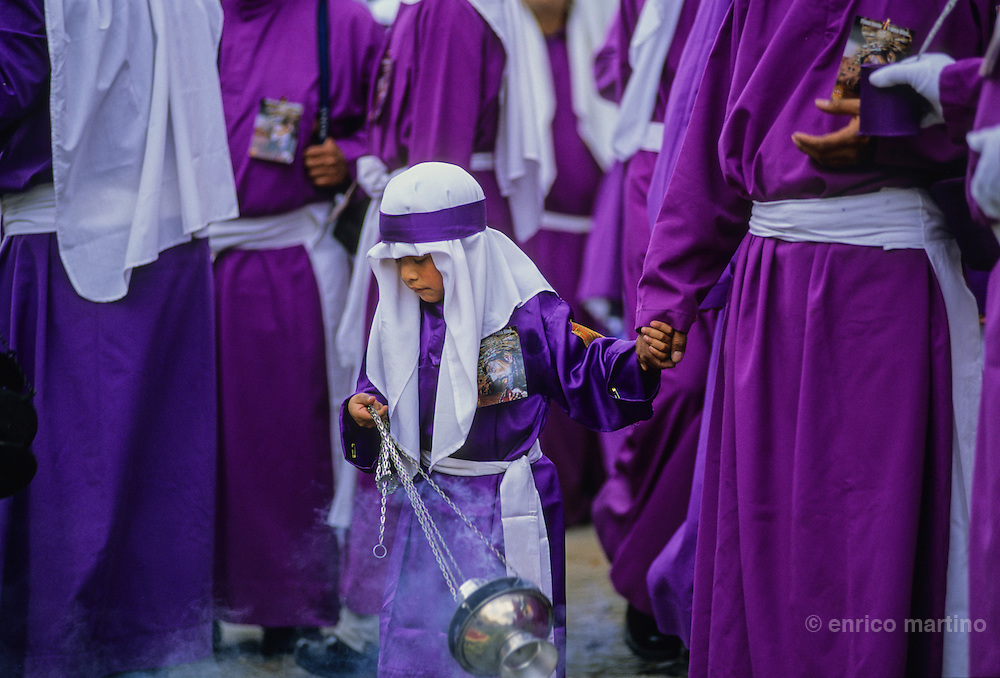